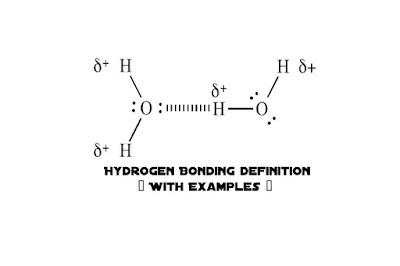 A hydrogen bond is not a true bond but a strong form of dipole-dipole interaction. A hydrogen atom can participate in hydrogen bonding if it is bonded to oxygen, nitrogen, or fluorine. Thus H – F, N – H, and O – H hydrogens (which are partially positive), are hydrogen bondable hydrogens.

Hδ+ in these formulas show hydrogen bondable hydrogens. Hydrogen bonding in methanol and dimethylamine is shown by dotted lines as follows.

The O – H and N – H bonds are strongly polarized, leaving the hydrogen atom with a partial positive charge. This partially positive hydrogen atom forms inter or intramolecular attachments with the non-bonding electrons on oxygen, nitrogen, or fluorine atom. Although hydrogen bonding is a strong form of intermolecular attraction, it is much weaker than a normal C – H, N – H, or O – H covalent bond. Breaking a hydrogen bond requires about 20-40 kJ mol-1 compared with about 400 kJ mol-1 energy required to break a C – H, N – H, or O – H bond.
Hydrogen bonding has a large effect on the physical properties of organic compounds. The structures and boiling points of ethanol and dimethyl ether, (two isomers of molecular formula C2H6O), are as follows: 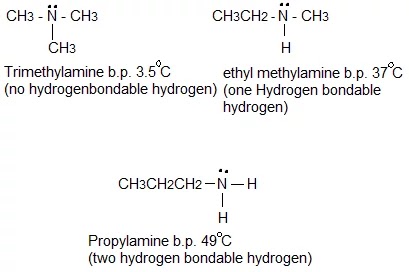 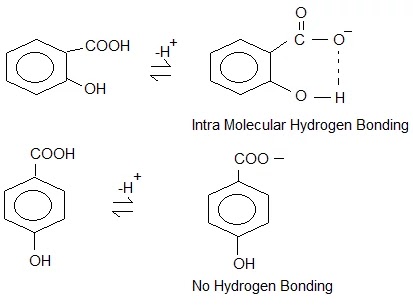