Steroids are basically lipids that are naturally occurring. 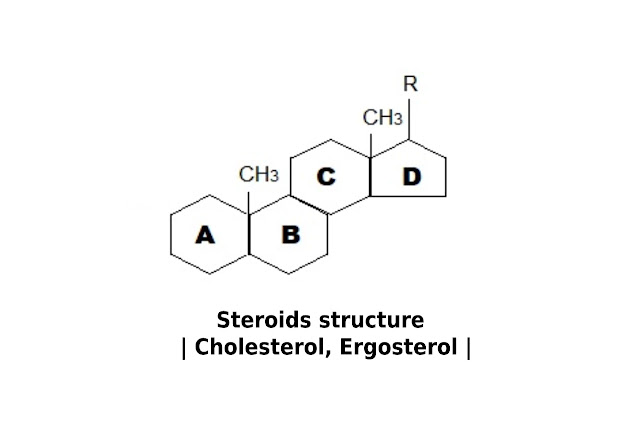 These rings are fused with each other and have a total of seventeen carbon atoms.
Different types of groups can be attached to these rings. Even a small variation in the bonding of the atoms in the rings and the groups attached to the changes the properties of steroids to a great extent. There happens a diverse in their biological functions.

Some of the important steroids are followed:

It is one of the most abundant animal steroids. It occurs in all the animals is but in a few higher plants.
Cholesterol is present in both free as well as in esterified form in:

When the cholesterol deposits are increased in the blood, then it causes blood pressure and other heart diseases.

The structure of cholesterol is given as follows: 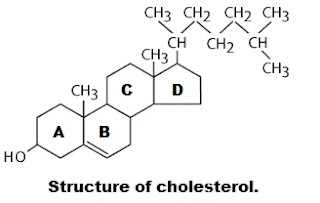 It is a sterol of fungi and yeast. When it is exposed to U.V. radiations, it is converted to ergocalciferol or vitamin D.

These molecules are of enormous biological importance. In these compounds, two of the – OH groups are esterified with a fatty acid. The third -OH group forms a link with H3PO4 or a derivative of H3PO4.